Hot on the heels of yesterday’s update I had an exciting package this morning. Yesterday I mentioned some United Dairies/Unigate milk tank plates that I was having etched; well they’ve arrived and look pretty good: 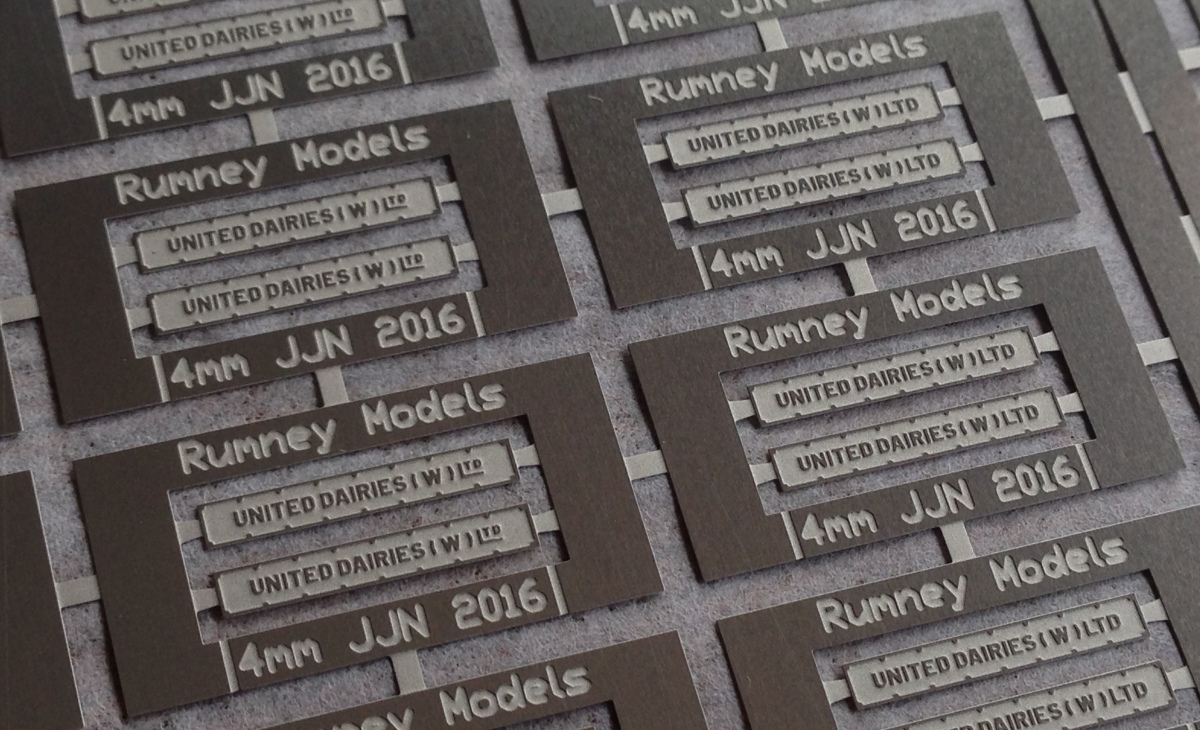 These were something I’d always wanted to try and do and I was inspired to get on and sort them out by a Rumney Models customer who has actually painted his David Geen/Rumney Models milk tanks. They turned into a bit of a labour of love. Research was bit of a challenge and there was a complete redraw of the artwork as much was well under what could be reliably etched. A lot of thanks goes to Brian Hanson of Shawplan who was really helpful giving advice on the artwork.

There are 4mm and 7mm scale plates with both United Dairies and Unigate styles as well as a couple of S scale ones. Next job is to fill in the half etched areas with black paint and get them packaged up.