Steam era tank wagons can be tricky things to model due to the open nature of the underframe. There is no where to hide anything. These underframes hopefully provide a relatively straightforward solution to that problem. The intial release covers the Bachmann anchor mount body. Work on the 1927 RCH underframe version for saddle and cradle mounted tanks is complete and they should appear in September 2018. Other types will be covered in due course.

This is designed for use with the Bachmann anchor mount tank wagon body. The diameter of the barrel on the body is somewhere between a 14T class A and a 14T class B. The 20T class B tanks were the same diameter as the 14T class A examples but longer. The Bachmann model seems to fall between every option available instead of getting it right for one of them but it’s a rather nice moulding so it seems churlish not to make use of it. The prototypes anchor mount tanks had every axleguard going at the time under them depending on what the capacity and type of load was. I have chosen to include the standard BR wagon axleguard with this kit which is suitable for 14T class A and B tanks built from the late 40s onwards. The kit includes two types of ladders and an etched valve wheel. 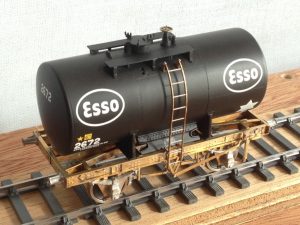 Some early 14T tanks had standard RCH axleguards, the 20T class B tanks had heavy duty RCH and some bitumen tanks had BR plate. These variations are covered by the following three kits that provide the additional parts necessary to create the chassis. You will need B.71 in addition to these etches.

In 1927 the RCH updated the specifications for its 14T oil tank wagon chassis. Initially this specification was for a 9′ wheelbase but this retrograde step was soon revised to a 10′ wheelbase. These underframes are suitable for tank wagons built from around 1927 until the last of the Air Ministry tanks were built in the mid 1940s. The obvious current starting point for a body is the Bachmann cradle mounted tank wagon. These chassis don’t include any detailing for the body such as ladders. These items are available in a seperate detailing kit B.113.

For saddle and cradle mounted tank wagons built after 1927. 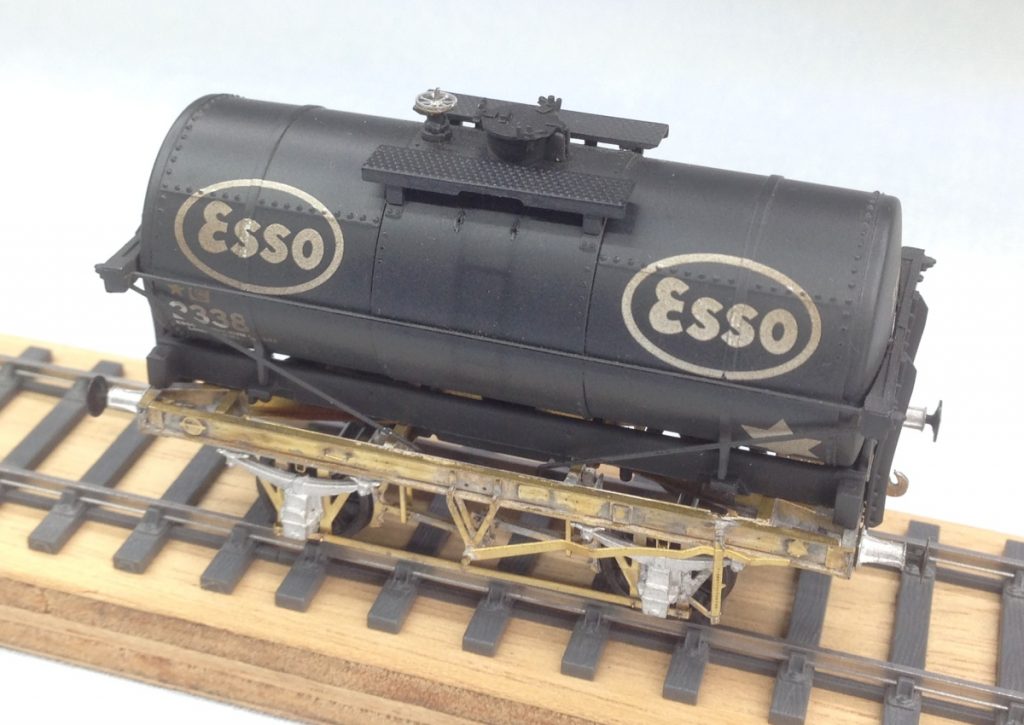